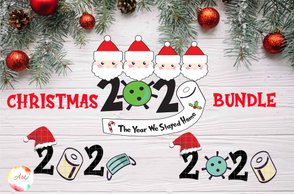 We have had our challenges too, not least the parking when we were swamped with visitors many of whom were on furlough. Queues in the rain to go into our shops, and increasingly busy river use.

We will come through it, and we hope that we retain the good that came out of a horrible year.

2020 has been a challenging year for everyone, in many ways.

It has brought out the best in many communities, including ours. Our thanks must go to the volunteers who shopped, ran errands, delivered medication and cooked meals for the elderly and vulnerable members of our community.

People say hello to each other in passing, even if we have never met before, it's nice. Your cheery “hello” might be the only word a lonely person has heard all day. Neighbours have kept an eye on each other. It’s how a community should be.

Some Christmas facts for you 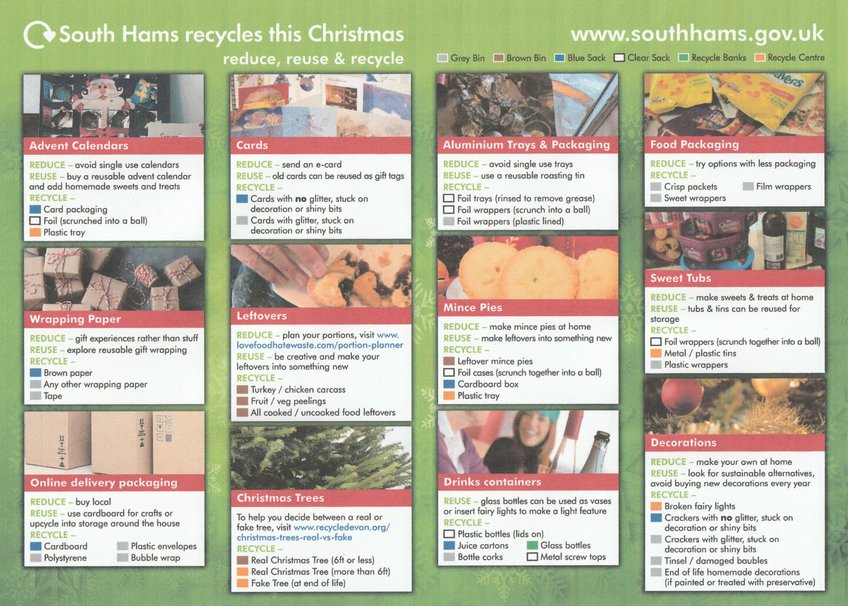 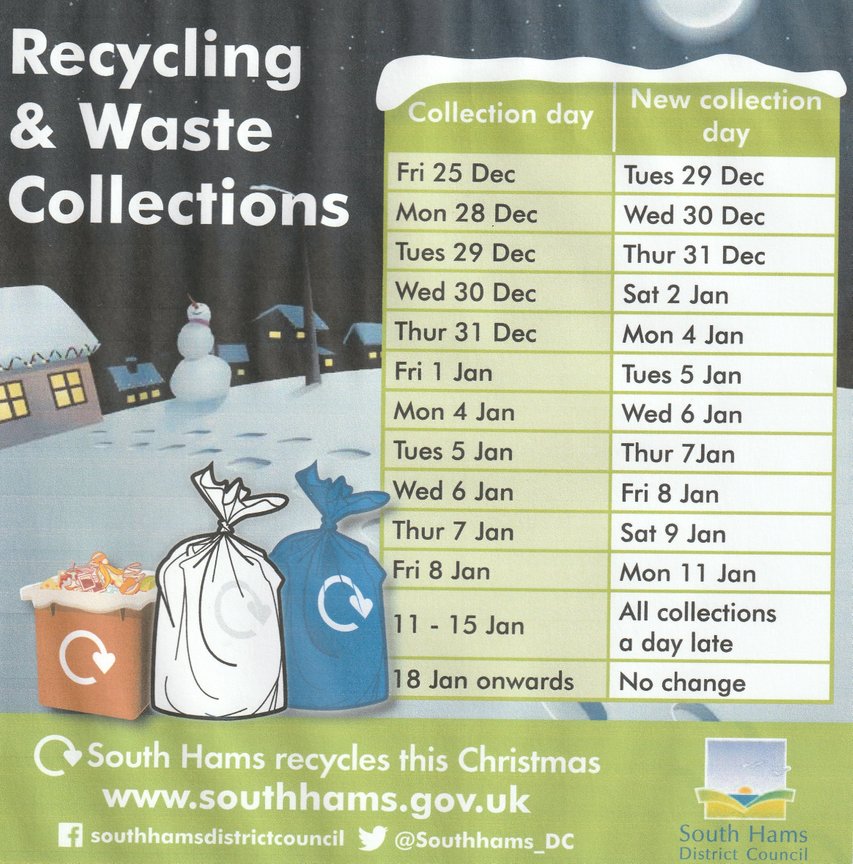 Fund raising is still ongoing, and hopefully we can complete the major part of the works before the end of next year.

In January, we are holding a table top sale by appointment only (Covid restrictions permitting) with all proceeds going to the Facade repairs project. For more information, please contact Amanda Parry-Smith on 873057. We are planning to take photographs of everything for sale, so please do check our website: www.nnvh.org.uk and look at the ‘latest news’ at the top to see the pictures.

The Newton and Noss Village Hall Management Committee would like to wish you all a Happy and Healthy New Year.

We are so grateful to everyone who has contributed to the NNVH Façade Repairs project, and we realise how special this community is to offer such support to our much loved Hall.

MUSIC ON THE YEALM

Reviving a tradition that died out several years ago, you will be able to enjoy a water-borne concert on Sunday 27th December.

Details are in the flyer below.

Local musician, Vincent Touret, teaches Brass at the Primary School and runs the Newton & Noss Street-Band Group for children.  He is raising funds to buy more instruments on a crowd-funding page at https://www.crowdfunder.co.uk/music-on-the-yealm.

Although the concert is weather and Covid-dependent, donating is not and so dig deep!

Meetings have been convened* which appear to be an unbalanced process aimed at demonstrating that anchoring (& by omission, anchoring alone) has a deleterious effect on seagrass. If successful in this study venture there seems a high risk that this long established and essential activity could in future be forbidden in the Yealm area.

The meetings are advertised as opportunities to discuss actions that are broadly described as intended to improve boater practices and behaviours as they affect sea grass. This agenda raises matters of considerable concern. The suspicion is that there will soon be a witch hunt of boaters who anchor in certain areas (as also recently highlighted on local Facebook pages amongst other places) is well founded.

An email convening one meeting suggests by its tone, quote: “ ....identify ways of improving impact of recreational boaters on seagrass.”, “...understand and improve boater practices and behaviours affecting sea grass.”, “...improve impact of recreational boating on sea grass” makes a clear insinuation that boaters by their actions adversely affect seagrass sustainability. This factually unsupported ‘belief’ has been expressed before any studies to identify any problems that may or may not actually exist have been carried out!

Identifying boaters at the outset as presumed seagrass destroyers (if indeed there has been any destruction) fails to acknowledge that there are many other very significant factors which directly impact survivability and growth, or otherwise, of seagrass.

It is little known and never mentioned (although well documented in reliable scientific research) that eelgrass (which is a seagrass) in the entire North Atlantic was almost entirely wiped out by a wasting disease (a nautical version of COVID-19?) in the 1920s and 1930s. Recovery thereafter was very slow. It was not until the 1950s that there were signs of significant regrowth and even that was put at risk by a further epidemic in the late 1980s in some Atlantic areas. Currently in the Yealm area seagrass now appears well re established although this was not the case 40 years ago.

Seagrass is acutely sensitive to excess nitrogen, phosphorus, detergents and poor water quality. The effect of this, known to scientists as  Eutrophication, and the algae that results is considered by researchers to be the most significant threat to seagrass survivability. Run off from farms and waste from elsewhere such as sewage is thus a massive problem. To thrive seagrass needs clear water (to permit photosynthesis) and may also be sensitive to changes in salinity and temperature as will follow from climate change.

The Yealm estuary apparently is now a potential target area for “improving boating practices” - banning anchoring perhaps? But there are a number of other specific factors which are particularly relevant to the survival of seagrass in this vicinity.

Apart from farm and other effluent run offs into the river South West Water has three sewage treatment works whose final effluent discharges into the Yealm. Although they have tertiary treatment. ie solids removal followed by  percolating filtration and reed beds, abnormal operating conditions or severe weather conditions can lead to partially treated sewage entering the river. Although these occurrences are very rare, they are consented  by law but can result in coliforms and ecoli entering the river. The Yealm shellfish business was forced to close recently because high levels of coliforms were found in the river, an indication that pollution can occur. It cannot be over emphasised that poor water quality is the major enemy of seagrass with potential to wreak far greater devastation than anchoring.

Nevertheless we have witnessed seagrass proliferating in the areas commonly used for anchoring near the entrance to the Yealm over many decades. In some parts now the growth is so extensive as to make safe anchoring (where the anchor has been able gently to break through the seagrass) very difficult. This even though in most winters major disturbances to the shallow and exposed seabed from winter gales leads to complete changes in the seabed profile. Divers report that seagrass beds now extend further upstream than hitherto. Yes, anchoring has increased over the years and is a visually obvious occurrence to shoreside onlookers but, arguably, anchoring encourages rather than discourages seagrass growth and spread for the reasons earlier stated. Anchoring may appear to casual onlookers to be “bad” and damaging to seagrass but the effect is probably no more than a minor disturbance of a sort that any gardener is familiar with. Think what happens with couch grass in the garden - it spreads like crazy if disturbed!

Acceptance and understanding within the sponsored study group that there are many other more significant factors that adversely affect the state of seagrass than anything boaters may do is critically absent . As highlighted by the demise of the Oyster fishery the Yealm is at considerable risk from sewage and farm run off as well as disease, cloudy water and so on.

The need to maintain healthy seagrass is well recognized. The importance of providing fish breeding areas, carbon capture, water cleansing and so on is vital.

If there is to be a survey then all factors (water purity, temperature, clarity, seagrass population etc etc) should be considered on a clean sheet basis without the bias of preconceptions (as have been outlined). Only if a real problem is identified should the possible causes and appropriate solutions be considered. To believe that boaters activities alone need be covered in any study would produce a flawed outcome.

Having now provided both sides of this debate,the RYDA Committee does not believe that its Newsletter is the appropriate place to carry on a prolonged debate about this issue. 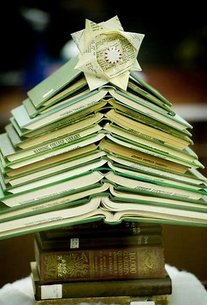 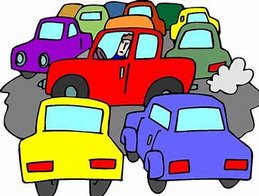 Children can take part in a mini reading challenge from The Reading Agency, which runs throughout December and finishes on Friday 15 January.

All you have to do to complete the Winter Mini Challenge is read at least three books.

To take part and for more information please go to The Reading Agency website.

Libraries will close on Thursday 24 December and reopen on Monday 4 January.

You can access their 24/7 digital library which includes eBooks, eAudiobooks, eComics, eMagazines and eNewspapers... and more! 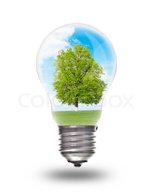 YCE are delighted to announce its Community Benefit Fund is open for applications.

Good ideas come in all shapes and forms. The YCE community fund is designed to help small and medium sized projects with impact in the short term. Larger, long-term, and environmentally based projects take time, effort, and additional funding.

YCE is involved with ongoing horizon scanning for larger and long-term projects that might be achievable locally to benefit our communities, as well as potential external sources of funding that can help make them happen.

YCE actively welcomes discussions with individuals and organisations with big ideas, to give a helping hand or to collaborate to make them happen. 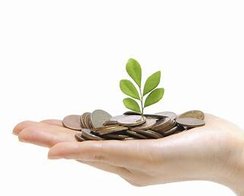 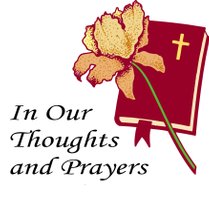 The RYDA are sad to announce the death of Eric Rodmell.

Eric Rodmell, Who attained the grand age of 104. Eric was a committee member of RYDA for several years up to just short of his 100th Birthday. He was Editor of the Blue book until about the same age. & also oldest participant of harbour cleanup at 94

There is very little on Planning this month but here are the Items of interest from this month’s Planning Applications:

Addition of 3 ground floor rooms at this isolated location with little impact on the visual aspects.

Approval of Construction Management Plan. Although a relatively small construction project this has potential to affect users of the adjacent public roads and footpath.

The project will generate a limited volume of waste and use of skips is likely to be made yet the CMP does not state the proposed location of any skip. 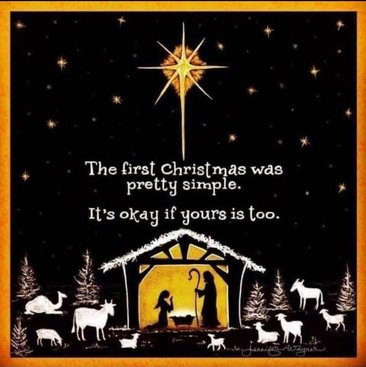