It is reassuring, that our villages have had only a few cases of the virus. However, we should still be on our guard.

Do you know if you are a carrier? Have you met a carrier?

I wouldn’t know, and I guess the same applies to you. This is why we must self distance ourselves. To protect the vulnerable people in our communities. 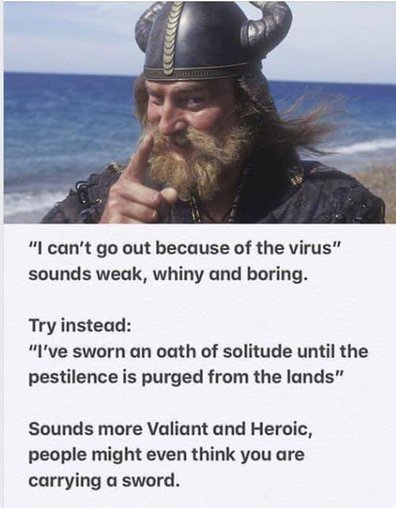 Please, stay at home, Do not forget - You are not allowed to visit friends or family at their address.

You can deliver food packages and offer care and support to vulnerable people in your area, but place items on the doorstep and step back to ensure social distancing measures are followed.

There are now a limited number of things you can do that you shouldn’t have done before:

At all times, you should continue to observe social distancing guidelines when you are outside your home, including ensuring you are 2 metres away from anyone outside your household

Be aware the police and coastguards are patrolling our villages, checking on carparks and ensuring drivers are complying with the regulations.

New local information has come to light for the Spirit of the Yealm.

It is all contained on a website that is dedicated to the RMS Royal Edward. The local interest is that, when the Royal Edward was sunk in 1915, one of those lost was Henry Finch. Henry had been born in Membland and had been a gamekeeper on the Membland Estate.

The Royal Edward had been launched in 1907 as an ocean passenger liner. After being sold to a Canadian company, she was requisitioned in 1914 by the Admiralty for use as a troopship. She was first used to bring Canadian troops over to Europe, but in July 1915 troops embarked at Avonmouth to be taken to Gallipoli.

There is much more detail of great local interest on the website but the following should whet your appetite to read more.

Henry was born in 1867 at Keeper’s Cottage Membland, the son of William and Susanna Finch. William was one of Lord Revelstoke’s gamekeepers and Henry was later also employed as a gamekeeper. In 1889 Henry married Ellen Horton in the recently-completed St Peter’s Revelstoke.

There is also an astonishing account of a severe snow storm on the night of 9th March 1891. The storm raged all night and the account records that the snow was 14 foot deep at the front door of Membland Hall and over 1,000 trees were lost on the Estate.

In 1899, by which time Henry and Ellen had 6 children, the family moved to Cornwall where Henry was employed as a gamekeeper on an estate near Tregony. However in 1909 the Estate was broken up and all the employees lost their jobs. Henry then found local work as a rabbit trapper.

At the outbreak of the First World War, Henry joined up as a private soldier with 18th Labour Company, Army Service Corps. He was 47. Ellen was left behind with 9 surviving children and another on the way. 18th Labour Company embarked on the Royal Edward bound for Gallipoli.

After docking at Millbay and then transitting through Malta and Alexandria, the Royal Edward was off the island of Kandeloussa in the Aegean on 13 August 1915. It was Friday 13th. The ship was struck by a torpedo from a German submarine and sank within 10 minutes. 935 men were lost although some accounts give a much higher figure. The names of all those lost are recorded on the Helles Memorial at the tip of the Gallipoli Peninsula. Henry Finch sadly was one of them.

There is of course much more detail on the website and you are encouraged to read more.

We are very excited about a new online service that has just been launched with Plymouth Libraries. You can now download digital comics with the RBdigital app!

You can now access Ancestry Library Edition from home until the end of May!

Just enter your library card number and PIN here and start finding out about your family history. 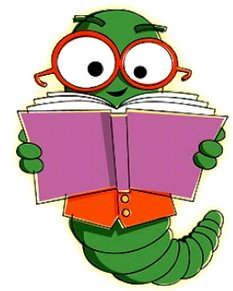 Devon & Cornwall Police has launched a campaign asking members of the public to help spot the signs of County Lines and report any suspicious activity taking place in their community.

Since the Government restrictions were imposed to stop the spread of Covid-19 (Coronavirus), ‘County Lines’ drug dealers have changed the way they operate.

‘County Lines’ is a term used to describe urban gangs supplying drugs to other parts of the UK via dedicated mobile phone lines. The gangs are likely to exploit children or vulnerable adults to move and store drugs and will often use coercion.

Previously, deal lines were created to take orders for drugs and runners (who are often, young and/or vulnerable people) were used to transport and collect payment.  The restrictions on movement has prohibited these methods, however criminal gangs are now adapting their operations to be able to continue their illegal activity.

Although, Devon and Cornwall are two of the safest places in the country to live, police are asking local people to stay alert to spot the signs of County Lines - and report them.

For more information about 'County Lines' supply and what to look out for, please visit our website – https://www.devon-cornwall.police.uk/

The closure of recycling centres during lockdown has led to a national increase in reports of fly tipping.

Sadly, this environmental vandalism puts a major financial burden on society and has serious public health consequences. We have instances of it around Collaton Cross amongst the trees at the roadside, and on Puslinch Hill.

Please don't fly tip (Im sure we appreciate our environment too much to do so) or use cold callers/unlicensed traders to take your waste away. If you need help and advice with your household waste, we recommend that you contact a business that is a member of our Buy With Confidence scheme.

You can also get advice on waste disposal during COVID-19 on the Clean Devon website.

To report fly tipping, contact your local district council. The tips are now open, but with social distancing rules in place, for essential waste recycling only, and you will not get help to empty your car.

The outbreak of COVID-19 has seen an increase in scams and doorstep traders who are trying to exploit fear and uncertainty during this difficult time.

We urge you to keep safe and vigilant in the current environment and look out for scams in your neighbourhood, which often target elderly and vulnerable people.

Find out about some coronavirus-related scams and how to stay safe.

Download and print a scam-awareness poster to put up in your community.

Almost without exception, the communities on the Yealm have observed the guidance in the Authority’s statements of 8th and 12th April. It is greatly appreciated.

The UK Government’s easing of the Covid-19 restrictions means that, with immediate effect, the Authority is able to withdraw the guidance set out in its statements of 8th and 12th April.

This means that the Harbour may be used in the normal way subject to UK Government advice. It is the responsibility of Harbour users to familiarise themselves with UK Government advice and apply it. Yealm Steps and the pontoon are an obvious area in which social distancing is necessary.

For the time being:

Please help to control Covid-19 by behaving responsibly in the Harbour.

Just a few items of interest this month:

This is the latest revision to this previously approved application. There are two main areas of interest:

The design of the balcony, which will face towards the creek down Newton Hill, now includes three galvanised tubular posts and a spiral staircase, this would present an incongruous construction visible from across the creek and the lower part of the Hill.

The revised Construction Management Plan omits many of the constraints contained in the original plan, with which there has been minimal compliance.

You may be relieved that permission has been REFUSED for this application, which was featured in an earlier Newsletter. Reasons given include “likely give rise to significant detrimental visual impacts”; “overdevelopment of the site”; “fails to deliver a sympathetic design”;   proposed glazing “would exacerbate the visual prominence, overdevelopment and excessive, combined glazing of the applicant site as a whole to the detriment of the South Devon AONB and Heritage Coast policy areas”.

A revised application or appeal can be expected.

Given the prominent position, this application is worth noting. As seen below, it is for a small extension to at the east end of what, we believe, is a holiday cottage, providing an extra bathroom and utility room.

The River Yealm and District