It is sad that we are once again facing a possible covid 19 lock down. Our villages were very lucky last time round, lets hope we can keep it at bay.

"The most severe pandemic in history was the Spanish Flu of 1918. It lasted 2 years, in 3 waves of contamination with 500 million people infected and totaling 50 million deaths.

Most of the deaths occurred during the 2nd wave of contamination. The population tolerated quarantine and social distancing measures so badly that, when the first de-containment took place, the population began to rejoice in the streets, abandoning all precautions.

In the weeks that followed, the second wave of contamination arrived, with tens of millions of deaths. "

Life is priceless, except for the pain of losing a loved one ...

Devon’s householders have the chance to help the county become net-zero by joining our solar panel group-buying scheme.

Devon Solar Together, with group buying experts iChoosr Ltd, is offering homeowners the chance to buy high quality solar PV more cheaply than if they were buying alone.

Solar Together is one of the ways the DCE is helping local people take a positive step to reduce their own carbon footprints.

This scheme follows four similar projects run across the country last year which promise to deliver over 1,300 installations, saving an estimated 28,000 tonnes of carbon emissions from being produced.

If you are interested, the first step is to register for free – by registering, there is no obligation to install panels.

A ‘reverse’ auction involving pre-vetted suppliers will then take place this autumn and the winning bid will be the most cost-effective one for registered residents to then consider.

Covid has still prevented any significant work in the Court Woodland in Newton Ferrers. However, Vicky and Jonny Turnbull have very generously donated a bench in memory of Vicky’s parents. It has been installed and an appropriate unveiling will follow in due course.

Brookings Down and Eastern Hill Woods

We were very fortunate to be able to complete our winter work plan before the full onset of Covid 19 Restrictions and some of our tasks, amongst many others included:

Our aim is to work sensitively within the natural environment of the woods, creating access for our communities and visitors to enjoy. This is achieved in large part by the commitment and efforts of our volunteers who turn up fortnightly winter and spring for our working groups and give so generously of their time and energy.

During the summer some tasks have continued, (in compliance with social distancing requirements) and we have been watering saplings during the hot weather, removing hazardous trees, fallen branches and strimming to keep paths cleared.

This spring and summer we have enjoyed wonderful displays of Bluebell, Foxglove and a wide variety of other flora and wildlife in both woods. Both woods offer walks to suit a variety of tastes and distances as well as places for peace and tranquility.

With Autumn fast approaching and mindful of the continued impact of Covid 19 requirements, we are now preparing our future work programme and our volunteer work dates, all Saturdays are:

Our work requires ongoing funding for materials and tools and we are very grateful for the generous contributions from those who have become a “Friend” of the woods.

If you would like to know more about becoming a “Friend” or would like to join a working party please contact: Paul Francombe (thefrancombes@btinternet.com) or Val Lomax (val@lomcroft.plus.com)

Our parking study group reported on the very useful meeting between Cllrs Kevin Thomas and Paul Hardy, & the RYDA. The next step is that the PC will come forward with a proposal as to how the issues can best be addressed and coordinated with all relevant parties. – Watch this space 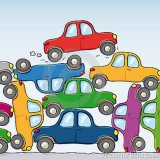 Step back in time 400 years and climb aboard the Mayflower

Without a time machine, the only way you can step this far back in time on the Barbican is by sleeping in the Elizabethan House.

You're not allowed to do that, but thanks to some very clever people, you can now climb aboard the Mayflower exactly 400 years after it set sail.

Experts have developed a virtual reality reconstruction of the vessel to mark the 400th anniversary of the Pilgrim leaving for America. The Virtual Mayflower project recreates the Barbican Harbour area in Plymouth in the 1620s, allowing the VR user to board a small boat at the original site of the Mayflower Steps.

From there you can take a short journey out to the ship and experience passengers and crew preparing to set sail.

Led by VR experts at the University of Birmingham, the project was six years in the making and uses computer-based interactive technologies, such as virtual and augmented reality (AR) to recreate history.

The project will be live online at www.1620mayflower.co.uk to coincide with the anniversary of the Mayflower's departure from Plymouth on 16 September 1620.

Residents and visitors in Devon and Cornwall are being urged to continue to play their part and prevent the spread of coronavirus after new regulations have come into effect making it illegal for groups of more than six people to gather socially.

In order to prevent the spread of COVID-19, the rule of six means that anyone gathering in a group of more than six people in any inside or outside place will be dispersed and could be subject to a £200 fine if they refuse to comply.

There are some exceptions to these rules, including if everyone in the group is a member of the same household or two linked households.

The new regulations do not refer to schools or other childcare, education or training, the workplace, for voluntary charitable purposes or providing support to a vulnerable person.

The regulations do apply to the majority of public spaces, whether indoors or outdoors.

If members of the public are concerned that the law is being broken or they are experiencing anti-social behaviour, they can report this to Devon and Cornwall Police. We will consider the most appropriate response and will target the most problematic behaviour.

Reports should be made through online reporting wherever possible via https://www.devon-cornwall.police.uk

Across the South Hams, pubs, restaurants, hairdressers and cinemas are being told to have NHS QR code posters displayed on entry to their businesses by 24 September so customers can use their smartphones to easily check-in.

The move comes ahead of a national launch of the NHS COVID-19 app across England and Wales on Thursday 24 September.

The government will be supporting businesses and venues to display the QR codes, which can be downloaded via a website to display as posters in premises.

Following the launch of the new app, customers and visitors will be able to check-in on entry with their phone instead of filling out a check-in book specific to a business. This will allow NHS Test and Trace to contact customers with public health advice should there be a COVID-19 outbreak. https://covid19.nhs.uk/ 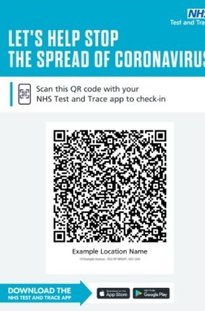 There is little to report in the planning department. However, The Government is proposing some significant changes to the Planning system.

Government White Papers for consultation:  Planning for the Future  and  Changes to the current planning system

The full consultation Documents can be seen here:

Planning for the Future          Changes to the Planning System

Planning for the Future

The White Paper sets out proposals for a new planning system which, the Government says, will be simpler, faster and more predictable - cutting red tape, but not standards.

This will replace the entire corpus of plan-making law in England with the aim of simplifying the role of Local Plans to focus on identifying land under three categories:

This could halve the time it takes to secure planning approvals.

Local Plans, such as our Neighbourhood Plan, will need to set clear rules rather than general policies for development with a more focused role in identifying site and area-specific requirements, alongside locally-produced design codes.  They would be visual, digital, data driven and map based using new standard templates.  Significantly shorter in length and limited to no more than setting out site or area specific parameters and opportunities.

The aim would be to raise more revenue through reform of CIL and S106 contributions.

There would be binding housing requirements that local planning authorities would have to deliver through their Local Plans. This would be focused on areas where affordability pressure is highest to stop land supply being a barrier to enough homes being built. The Government proposes that this would factor in land constraints, including the Green Belt, and would be consistent with their aspirations of creating a housing market that is capable of delivering 300,000 homes annually and one million homes over this Parliament.

Although National Design Guides and Codes will be produced, Local planning authorities and neighbourhoods (through Neighbourhood Plans) would play a crucial role in producing required local design guides and codes, possibly using “Pattern Books” to provide certainty and reflect local character and preferences about the form and appearance of development.

Changes to the Planning System

Accompanying the Planning for the Future White Paper is another titled:  Changes to the current planning system

This is a Consultation on changes to planning policy and regulations, covering proposed changes to the standard method for assessing local housing need, which as well as being a proposal to change guidance in the short term has relevance to proposals for land supply reforms set out in Planning for the Future document.

The proposal is that the standard method will include two adjustments to the baseline using the workplace-based median house price to median earnings ratio. Initially it is proposed that the ratio for the most recent year for which data is available, in order to address current affordability of homes would be used. Then affordability changes over the last 10 years of published data would be incorporated, using that same statistic.

The Government says that affordability of homes is the best evidence that supply is not keeping up with demand.

First Homes are flats and houses built on developments up and down the country. They will be no different from other properties except they will be sold with a discount of at least 30 percent.

A minimum of 25 per cent of all affordable housing units should be First Homes.

Although the protection afforded by the designated status as an Area of Outstanding Natural Beauty (AONB) should continue, we need to consider how all this will affect planning for development within our local area.  At a minimum our local Neighbourhood Plan will require significant change; this will likely align with its 5 year review due by 2022. 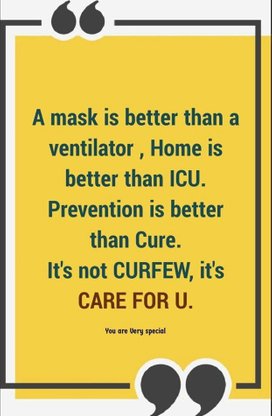