A Brief History of Newton & Noss

In 847 AD, out of the wasteland of the south west, the Saxon King Aethelwulf created for himself an estate that stretched from the River Dart to the Plym. One of the many manors was Newton, belonging to Lord Edmar. The first record we have was the naming of the church of Newton in the Geld (tax) Roll of 1084.

The Domesday Book of 1086 listed Newton as part of the holdings of the Valletorts of Trematon, across the Tamar, who gave it to the Ferrers family who had come over with William the Conqueror. By 1160 Ralph Ferrers was established at Newton and it was he who gave it the family name

There were sixteen villeins in the manor listed in the Domesday Book and even today their sixteen farmsteads are still recognisable. By 1200 most of the boundaries, fields, tracks, and the general farming pattern had been established and they remained largely untouched until the end of the 19th century. But while the outline of the parish remained constant the manor itself was to change. One successful farmer, Pugh of Puslinch (Pugh's land) acquired the adjacent farm and subsequent owners expanded the estate still further. By 1300 Puslinch was large enough to become a sub-manor, thereby establishing two manors within the parish of Newton. 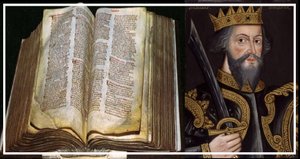 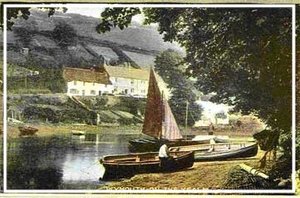 The origins of Noss Mayo are more complicated. The village lies in the parish of Stoke, then a sub-parish of Yealmpton. Although the nearby estate of Membland was mentioned in Domesday there was no entry for Stoke and the first record we have is in 1198 when Richard Revel was the lord of Stoke and gave it the name of Revelstoke. In 1226 the church of St Peter's on the cliffs at Stoke was built - partially ruined it still stands today. In 1287 King Edward I gave Mathew Fitzjohn the manor of ‘Stok’ and so the village became known as Noss Mayo - Mathew’s Nose.

In those early days it is unlikely that there was any development along the estuary shores or the river banks. The name of the beach Cellars gives a clue as to the nature of the first villages. Fishing at first was a sideline for farmers, who in the season would erect temporary shelters on the beach above high water to keep their boats.. The 'cellar' was a store used for their equipment and haul of fish. The riverside villages of Newton and Noss probably started as cellars. These basic structures later became more substantial and by around the 14th century they would have become homes, or stores with cottages close by.

Fishing was to become a major industry, and even in the early records there are signs of marine involvement. In 1302 the river is reported as providing a ship and crew for crown service and in 1326 a survey of vessels in the south west noted one of 40 tons from Newton. Later, in the siege of Plymouth of 1643 during the Civil War the Royalists were provided with thirteen fishing boats. Then there was piracy, widespread long before the days of smuggling. In 1403 Plymouth was sacked by French pirates and in 1460 the King granted to Plymouth and its neighbours, including Yalam, the right to apply to the Pope for “apostolic bulls for the excommunication of any such pirates who may attempt the like, which will give them great security” 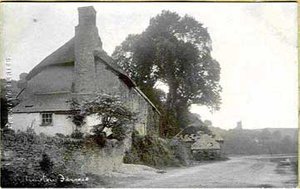 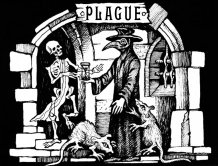 After the Black Death in 1348 and the peasants’ rebellion the lot of the villeins improved considerably, obligations were reduced and some were able to purchase the copyhold of their land. But most of the property was still controlled by the lords of the manor. At Newton the last of the Ferrers, Martin, died in 1399. Subsequent owners included the Heles of Gnaton, the Holbertons and the Roes. The manor of Puslinch passed through the female line to the Mohuns in 1373, the Uptons in 1470 and finally to the Yonges in 1710. Their descendants still own the property today. 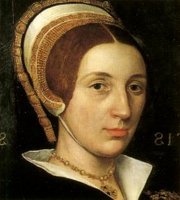 Noss Mayo was part of the parish of Yealmpton and owners of that manor are too numerous to list. But some illustrious names must surely be mentioned.. Again passing down through the female line, they include Richard Neville (Warwick the Kingmaker), George Duke of Clarence (he who was reputably drowned in a butt of malmsey) and the two last wives of Henry the Eighth: Katherine Howard and Katherine Parr.

Being in two different parishes there was no combined place of worship for Newton and Noss. The residents of Noss had a lengthy walk to St Peter's Church on the cliffs; this was still expected on Sundays and major festivals even after 1400 when the Chapel of Ease of St John the Baptist was built in the village for everyday use. Even more onerous, until 1430 when a licence was granted for a cemetery at St Peter's all burials took place at Yealmpton - involving mourners in a funeral procession of over three miles!

Newton church had been rebuilt by the Ferrers family early in the 12th century and around 1260 they built a new church, Holy Cross. It was less than half the size of the present building and in 1342 was enlarged by the then rector, Henry de Ferrers. (Henry also extended the parsonage - Parsonage Farm - probably the oldest house in the village). Further extensive alterations took place in 1460 creating the church we can recognise today. A rood screen was erected in 1520 only to be removed during the reformation. There was continual squabbling among the descendants of the Ferrers over who was entitled to appoint the rector of Holy Cross until finally the right was sold to the Yonges of Puslinch in 1729. From 1752 until 1940 the rectors were nearly all members of the Yonge family. 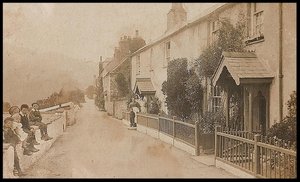 In 1644, a surveyor produced a part plan of Newton Village and Court Farm. Apart from the lack of scale and the widths of roads it is remarkable to note the similarities between his picture and that of the Tithe Map of 1840 - it shows how little was to change in the intervening two hundred years. The two Riverside Roads with their front gardens across the road, the village cross, the houses up Newton Hill and the general lay-out are very nearly the same. The houses in 1644 are depicted as conventional single-storey with pitched roofs drawn in two different patterns, suggesting that some were thatched and others slated.

The Tithe Redemption Act of 1840 gives us the first detailed analysis of Newton parish and shows that most of the land was still controlled by just two families, the Yonges of Puslinch and the Holbertons of Newton. The Yonges had acquired Puslinch in 1710 and during the next twenty-five years they built the new Puslinch House, a sophisticated Queen Anne mansion, built of local red brick. The Yonges also built the first Newton school in 1837, on church land close to the site of the present school.

Two years later over at Noss Mayo a new Chapel of Ease was built and the old chapel was extended to become the first Noss school. In 1862 a licence was granted for marriages to take place in the chapel, St Peter's church having been badly damaged in a storm in 1840. Shortly afterwards the church was deemed unsafe and all services there ceased.

The mid-19th century was a time of tragedy for Noss when an outbreak of cholera swept through the village. Out of a population of just over six hundred more than two hundred were afflicted and at least fifty died of the dreadful disease. The names of seemingly entire families carved on the gravestones at St Peter's are a poignant reminder of this harrowing time.

Major changes came to Noss after 1877, the date of the purchase of Membland estate by Edward Baring, the 1st Lord Revelstoke. He transformed the 18th century house (which was demolished in 1945 leaving only outbuildings). The magnificent new church of St Peter's which faces Holy Cross across the creek was also built by the Barings, and this became the parish church. The old church at Stoke was renamed St Peter the Poor Fisherman - today it stands as a partial ruin, cared for by the Churches Conservation Trust and a group of local volunteers. A service is still held there every year during the River Yealm regatta.

In the space of just eighteen years many other new houses and farm buildings were built in the Baring 'distinctively spiky romantic style of continental derivation' - instantly recognizable and unique to the estate. Then in 1895 the . The Baring bank crash brought financial disaster. The manor was sold, and in the subsequent sales in 1915 much of the property in and around Noss Mayo passed into private ownership. 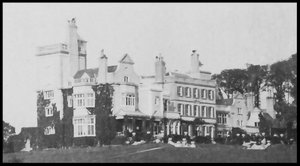 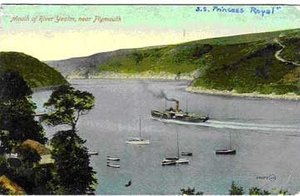 Throughout all these years the River Yealm played a vital role in the life of both Newton and Noss, not only for the fishing industry but also for transport. The appalling state of the roads meant that any journey by land was a mammoth undertaking, encouraging the early provision of a ferry service. Lord Revelstoke had his own 44ft steam pinnace which he kept in a boathouse at Kiln Quay and used to convey his house guests and provisions from Plymouth. In 1898 a railway line was established from Plymouth to Yealmpton, and then a ferry service began which linked the villages with the station at Steerpoint via the steamboat Kitley Belle. By the 1930s the roads had improved and a bus service started, bringing the steamboat era to a close.

With the advent of the 20th century the expansion of the villages began, more apparent at first in Newton than in Noss. By 1910 two new roads, thirteen houses and the River Yealm Hotel had been built (sadly now re-developed) and between the wars development continued - along the river eastwards to Bridgend, west to Court Wood and inwards to Collaton. During the second world war Collaton farm became an RAF station and after its closure the houses remained. 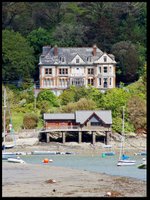 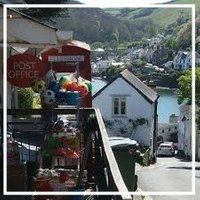 But it was after the war that the pattern of village life was to alter completely. More and more houses were built and many of these would become holiday homes, often left vacant in the winter. One by one the shops closed till there were none left in Noss Mayo, though there are still a few today in Newton Ferrers. On the river the number of yachts and small boats increased at a prodigious rate, sailed almost exclusively for pleasure. Only a handful of boatmen now earn their livelihood on the water. Just one small ferry conveys passengers in summer across the harbour and commercial fishing, like other traditional local trades, has all but ceased.

The villages have changed forever, their openness lost and the rural spaces gone. The contrast between our present way of life and that of our predecessors is so great that it would seem impossible to discover any tangible links with the past. Yet, despite the tarmac, the new housing estates and farmstead conversions, in the surrounding woods and fields the original outlines can be traced. On the outskirts of the villages the medieval pattern is still there, much as it was a thousand years ago.

The River Yealm and District