THE REGATTA, ROUND HOUSE  AND BOAT BUILDING.

Both these chapters describe how, over the centuries, the river had dominated life in the community. Inevitably, fishing and boat building became important activities for those who lived here.

In these two chapters the “Round House”, also known locally as the “Larkhouse”, where timber for subsequent boat building was left in seawater for up to six years to be “seasoned”, are mentioned. The Round House now forms part of Nymet, a much larger modern house.

In 1921 the Round House, seen from Newton Ferrers, looked like this. 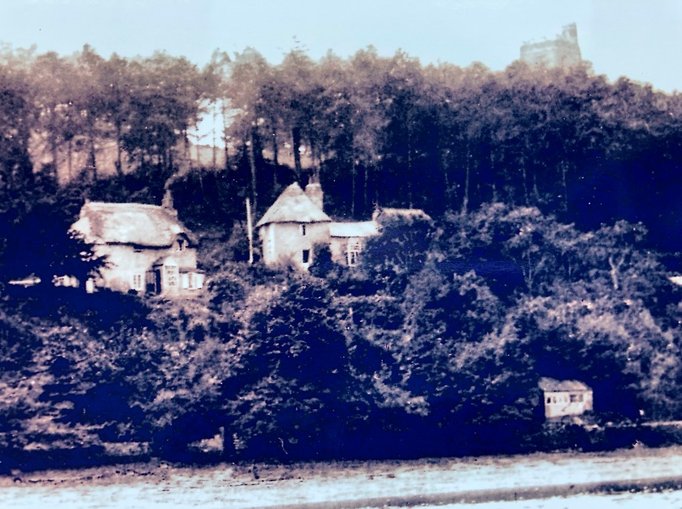 The cottage to the left, now known as Yew Tree Cottage, has also been much altered. The old Boathouse for the Round House on the foreshore too has been re-modeled.

The Round House was re-named as Nymet in 2003. The development of the present house and boathouse revealed clear indications of a long and very steep slipway from the basement of the Round House to the foreshore, some 20 meters below. The cellar of the Round House still retained a fireplace and chimney, possibly for work associated with boatbuilding.

The development of the Round House also revealed that the ground floor window opening onto Pillory Hill was equipped with a large slate external and internal sill. The window opened externally in a way that strongly suggests that it was a shop window. Indeed, immediately inside this window were several hooks for hanging meat or fish in the 300 year-old joists.

It is also worth remembering that the sea levels today are some 250mm higher than when boatbuilding was underway at this site.

This other view, taken almost certainly very early in the 20th Century, shows the riverside quay with the mast of a small boat just visible against the trees. It is thought that the boathouse was a later addition to this small business. 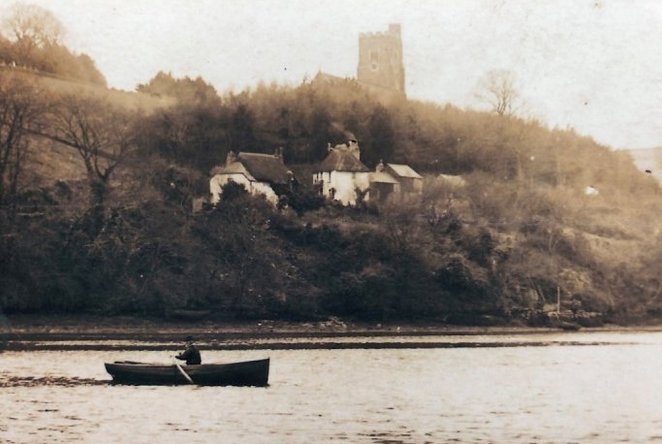 Noss Mayo has changed in a way that our predecessors would not recognise. For example: 43% of all the properties in this small community are now either Second Homes or Buy-to-Let properties. The Round House and Yew Tree Cottage, once standing on their own along Pillory Hill, and dominated by trees, are now surrounded on all sides by new housing. 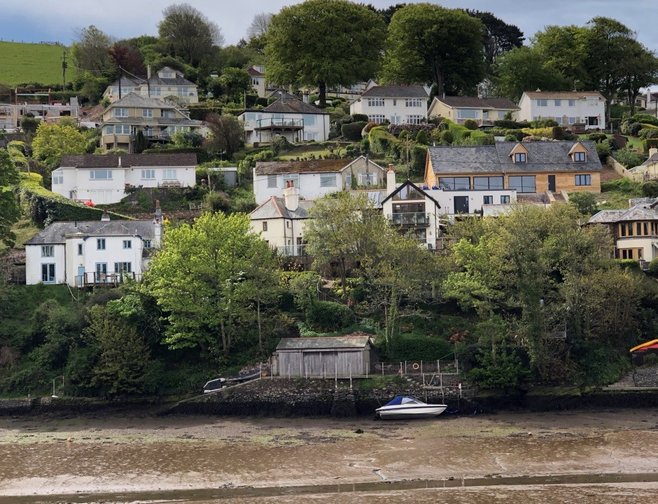 SPIRIT OF THE YEALM

When building the new Boathouse in 2005, the owners were recommended to lift the whole quay by 1 meter by the Environment Agency to recognise the risks associated with current and forthcoming global warming.

The River Yealm and District Association